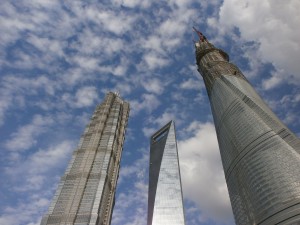 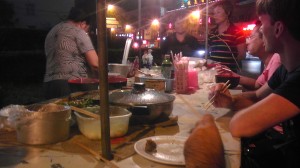 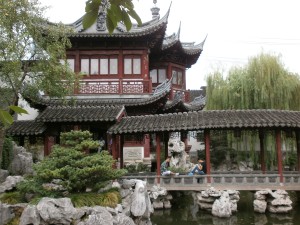 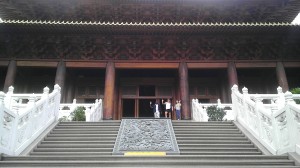 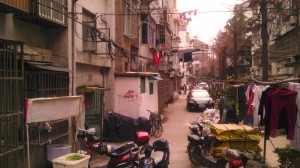 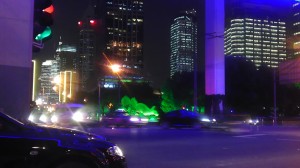 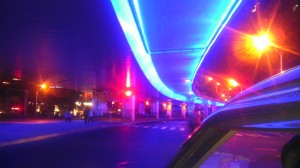 August 2013 – May 2014: China. It had been a little while since my great time abroad in Australia. Of course, I realized interesting trips to other cultures since then, but I will write about them later. Today let me continue about my next big adventure: Studying my MBA degree in Shanghai, China. I figured it was the right time for me to go abroad again and start a global Master of Business Administration program in destinations that I hadn’t seen before. Why the MBA now? Well, find me on LinkedIn and you can tell 😉

HULT International Business School was my choice (http://www.hult.edu/) as they provide campus all over the world. They are the World’s Most International Business School and I got accepted. So: Shanghai!! CHINA!
Awesome. A lot of my friends were scared by my choice; others said it is exactly the right thing for me. Well, it turned out cool to find out that they were right. You know, what scares but also attracts you somehow might be an ideal choice! What is your inner wish but so far out of your comfort zone that you are simply still scared of it? Where would you head to? 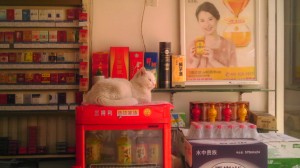 DO IT. I boarded a plane to Shanghai and arrived well in China, even though the Visa process then took long. What I highly recommend is to take the MAGLEV train from the airport towards the city. Ride that thing at a speed of 431 km/h or 268 mph and literally continue flying or floating. You can still take a taxi then to your final destination but never take a taxi you been asked for or a red-colored one! 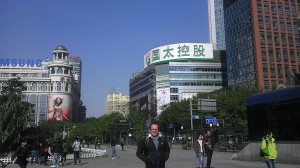 Did I tell you that I wasn’t speaking any Mandarin (Chinese) at that time? Did you know that no taxi driver -except the ones with 5stars which are 3 out of 100,000 drivers- speaks English? Any English. Better prepare a print out of your address in characters. I mean, I had that 😉 but it’s still fun. Shanghai is one of the world’s biggest and craziest cities without any doubts and you can feel that right from the start. More than twice as many skyscrapers as in New York, a very impressive architecture, and so many people everywhere and anytime! But that’s actually a reason why you can also buy delicious street food everywhere. And if your stomach is stable, you should be fine. But do watch out for scooters, they can run you over! Traffic is becoming more organized but yep: it’s still crazy China 😉 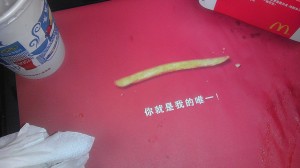 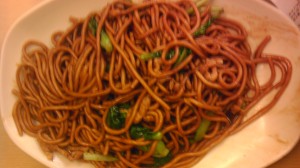 To life and study in Shanghai opens up your mind and thinking: what a city. Lots of business opportunities, some risks and you’re never safe, but hey, such an atmosphere to take risk and become part of the everlasting hustle and bustle..! No other city exposes you so much to the contrast of poor and mega-rich, tradition and innovation, locals and ex-pats from all over the globe. The Networking opportunity is huge and the culture therefore big. Look for events like the one I helped realizing at HULT, we organized a TEDx Speaker Event in the sense of networking: http://www.tedxhultshanghai.org/

After networking: Do you like going out, clubbing? Like crazy? Shanghai never sleeps and parties long hours. I should not say more. Well:

China is changing. And it does it super fast.

The speed that people are adapting to new technology and the acceptance of change are good proof of what even a big society can do. China can do it. And they are many. And they are all curious about us. My mandarin still doesn’t allow me to engage in long conversations with locals, but I spoke with lots of people in my generation and they have a huge hunger for Western culture and habits as long as it does not endanger their own beliefs. China is developing strong. You can do everything there and it might even be cheap or affordable compared to other megacities. The only negative thing I have to speak about is the air pollution, which is horrible from time to time. It is being addressed and I hope solved over the course of the next years. The following comparison is taken from my daily commute and shows mild vs. heavy polluted air on a sunny day: 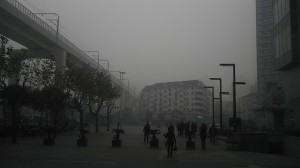 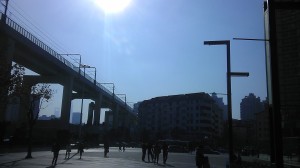 My national travels included Hangzhou, Suzhou, and Guangzhou. Another journey will report from different parts of Asia. After all, I had been in China almost a year and it did not scare me, but let me prosper in my positive craziness and grow as a personality with that massive experience. 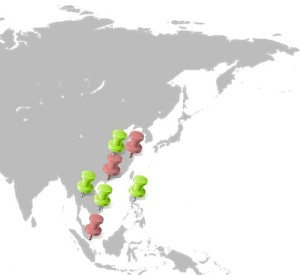 One thought on “Journey II: China”