Trip: an escape from fall to the Algarve, Portugal 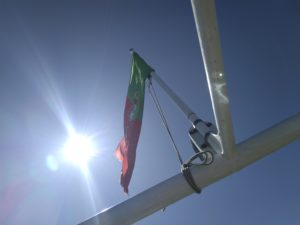 Portugal, the Algarve..! It is the sunny south to south-west of Portugal that my last trip has led me to. A place where Europeans and some American meet and enjoy the local culture and cuisine. Thrilling landscapes and a multilingual experience found somewhere in between mass-tourism concepts and fine local to individual adventures.

Finding your path alongside and around the edges of the very stiff cliffs and definitely breath-taking rock formations nearby beautiful natural beaches will guide you to two things. First, tons of wonderful picturesque scenes that all come with both impressive rocks and sandy beaches. Second, the chance of finding or discovering yourself more plus developing yourself further through an impressive selection of sports on and off the water and rising awareness of how fragile and also capable we are. If you run into or fall from those rocks – well, I’d say the rocks always win.. There are hardly any barriers found near the cliffsides which I found crazy dangerous but also thrilling to naturally beautiful. So, be aware of what you are doing and become more aware of who you actually are. It simply reminds oneself on the very physical limits in life. On a personal note, I did as always include a thrilling mountain bike ride and can help with that, too (can you spot an outer tyre on one of the pics here?). If on a boat you will almost automatically be flashbacking to the movies of “The Pirates of the Carribean” as the caves of the coastline do resemble the movie sets. 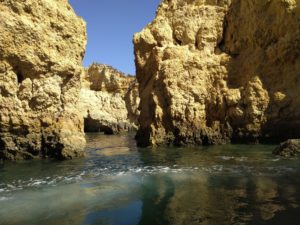 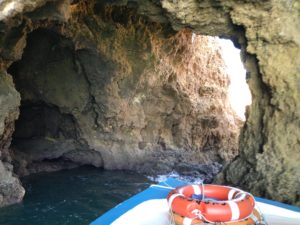 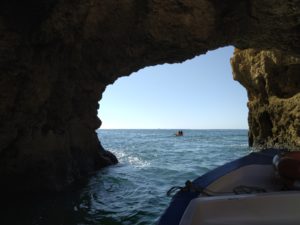 The Algarve allows for summer escapes almost all year round and is an interesting tourism and real estate market. House prices are a bit high but seem not to have skyrocketed yet. Many British hold property in the area and in Portugal in general. The Portuguese government already has already stated not to limit the rights of the British’ or over-regulate regarding real estate etc. even in case of a hard Brexit. A strong tie between those two countries clearly does exist; I just wonder what the EU thinks of that and if there might be any other impacts. Connectivity for efficiency might be an accelerator for the future here, fast and strong ties do have the potential to link two or more countries deeper. It is the old concepts of mass tourism like e.g. transits via shuttle buses to the next airport of Faro (1 hour) versus shared rides using Uber here but most people seem not to have yet understood modern substitutes. If your flight is delayed, apps could actually re-organize your pick-up accordingly and find the most suitable and convenient solution. Uber did extend the business for drivers in Portugal which does in fact help a part of the population here. Another thought: company events could be held on boats here cruising the coastline of the Algarve. It will boost the team spirit through a shared holiday experience and further support local tourism business. The guides are already multi-lingual and I did not have any problems communicating in English after some “bom dia”s 😉 => muy bom, actually 🙂
The local guides come from both Portugal and other countries and are themselves good examples for the global spirit of the Algarve. The region is geographically on the edge of the European continent and should be marketing as the ‘South-West-Kap’ in my opinion to compete with other kap destinations. Also, more and more Asian tourists seem to discover the Algarve which I found interesting. 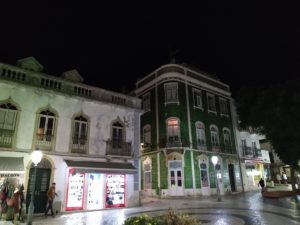 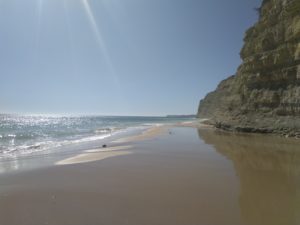 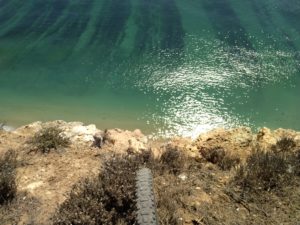 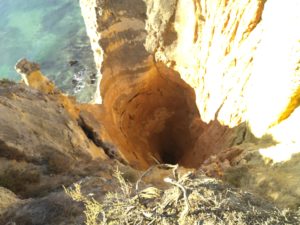 A funny Marketing example for the global tourism effects is a German Bratwurst (sausage) stand nearby that south-west-end of the continent: “Die Letzte Bratwurst vor Amerika” or the very last sausage before America is a simple but snack-tasty concept to stop a lot of tourists. German sausage in Portugal greeting Americans and eaten by all kinds of nationalities! Poor Africa would of course be the continent the closest, but let’s not continue on that thought for now. 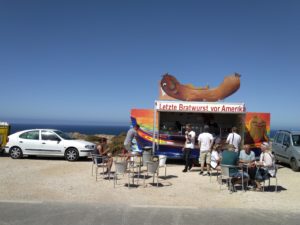 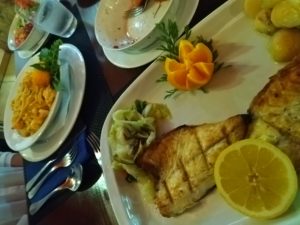 I recommend visiting the Algarve at least once. My restaurant hints are both found in Lagos: Restaurante o Alcaide for the daily fresh fish and Tasca Jota for Dinner, especially the choices of Seafood Pasta with a white wine and also the white mousse for dessert.

Enjoy, let me know your thoughts. 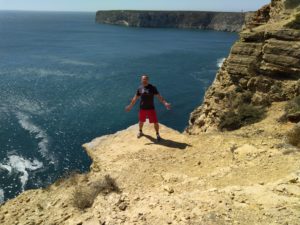